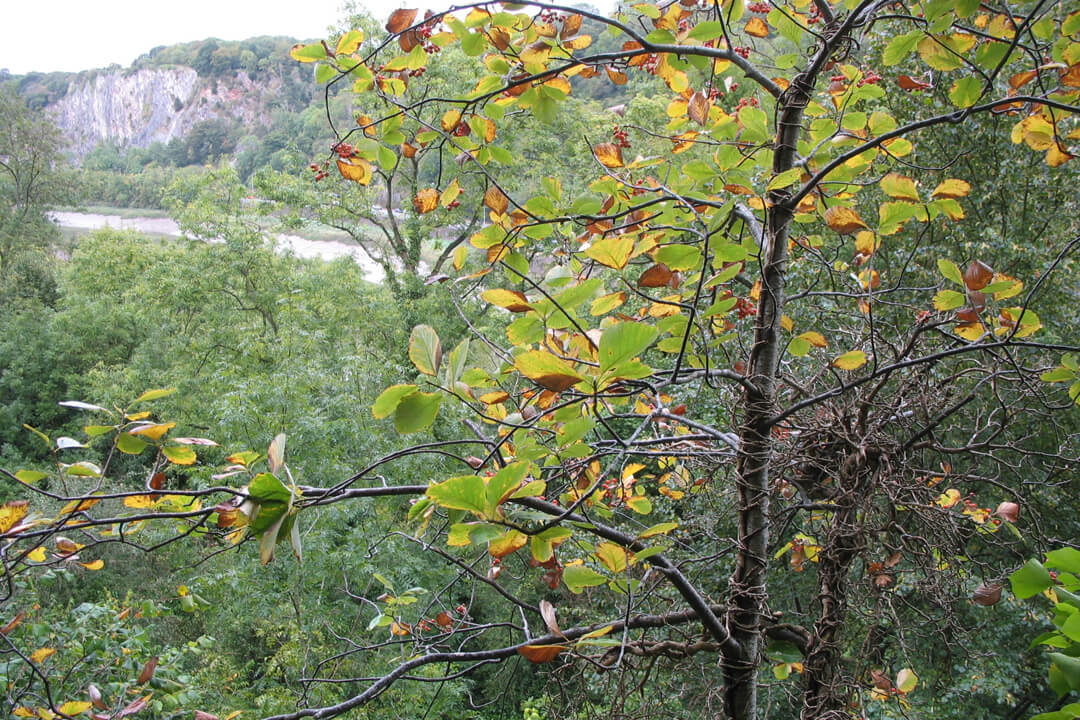 Description: Small tree growing up to 4 metres tall with similar, but wider leaves than the Bristol whitebeam and orangey-red fruits. Hybrid – only one tree known to exist!