Many people think that the landscape of the Avon Gorge, Downs and Leigh Woods is completely natural but humans have had a direct impact on this changing landscape. To find out more about historical land-use and how this has affected the wildlife and geological of this area click on the buttons below.

History of the Bristol side of the Avon Gorge and Downs

The Bristol side of the Gorge and Downs has a long history of grazing. The first documentary evidence comes from an Anglo Saxon charter of 883, which established grazing rights on parts of Durdham Down, including the Gully. Grazing of the Downs and Gorge continued throughout the medieval period and beyond. Grazing ceased on Clifton Down in the mid to late 19th Century. Grazing also declined during this time on Durdham Down and finally ceased completely in 1925. Commoners’ rights continue to be maintained by the Downs Commoners who tether at least one sheep (with guardian) on the Downs for one day every five years. 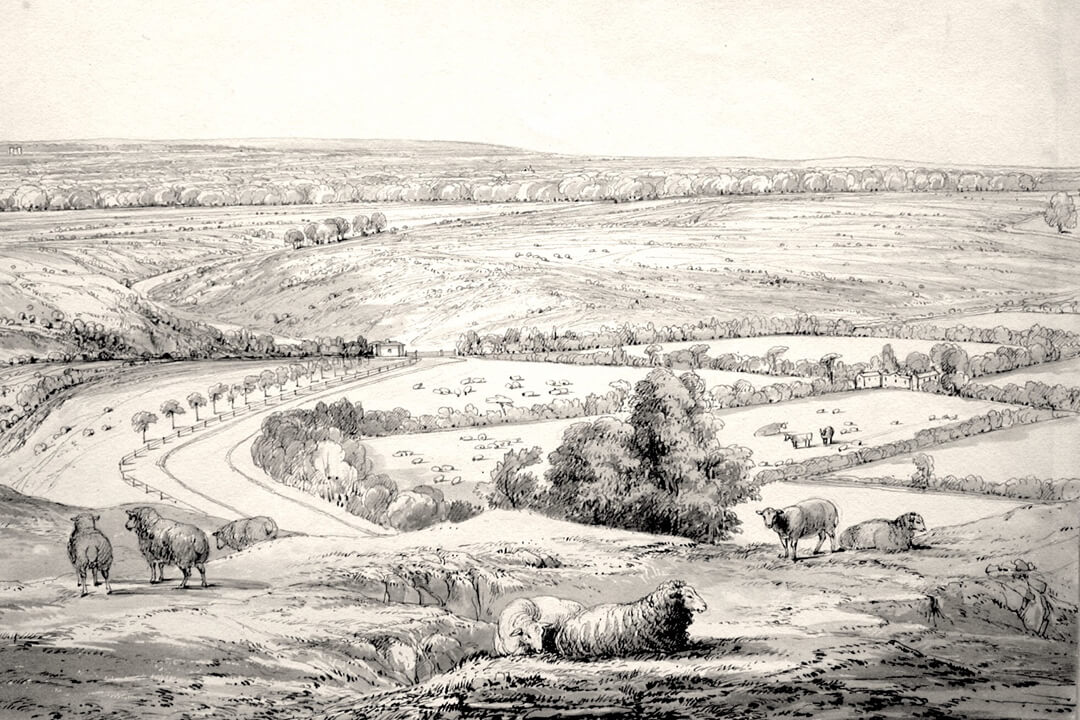 The effects of grazing and its subsequent decline can be seen in a large number of paintings and photographs. Early paintings show the Bristol side of the Gorge completely open. By the end of the 19th Century there was scrub along the top of the Gorge from Observatory Hill to Fairyland. An 1863 watercolour shows the Gully as open grazing land. A 1905 photograph shows planted pines, but the slopes are still well grazed. A photograph in 1964 shows the area covered with secondary woodland as a result of natural regeneration caused by the cessation of grazing. 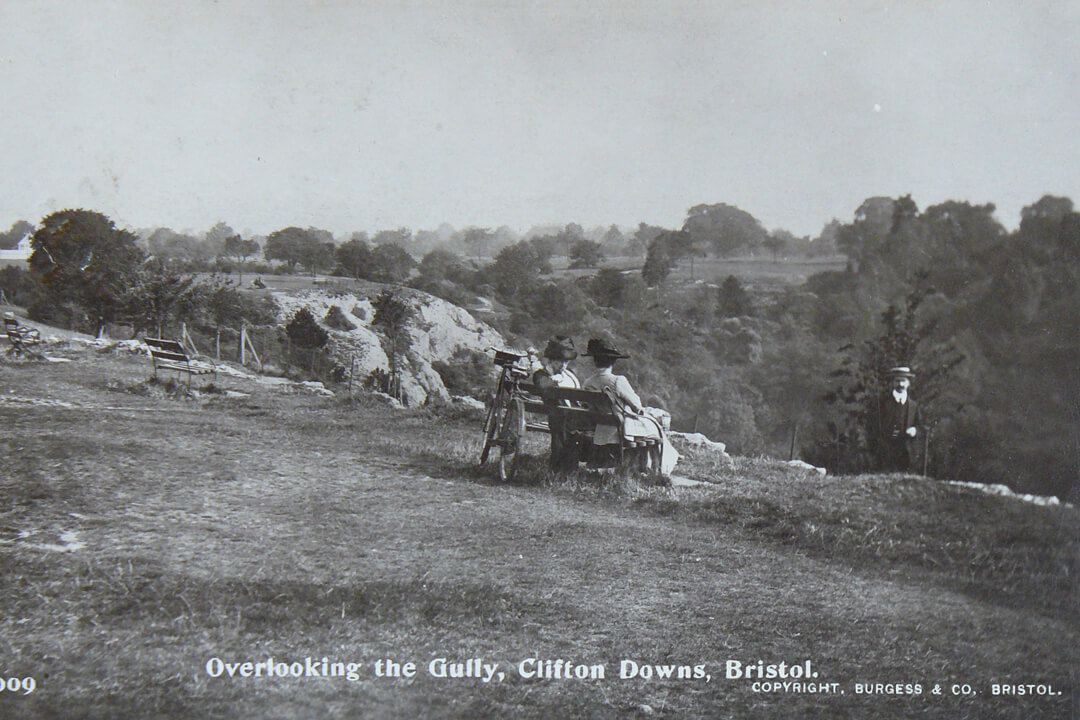 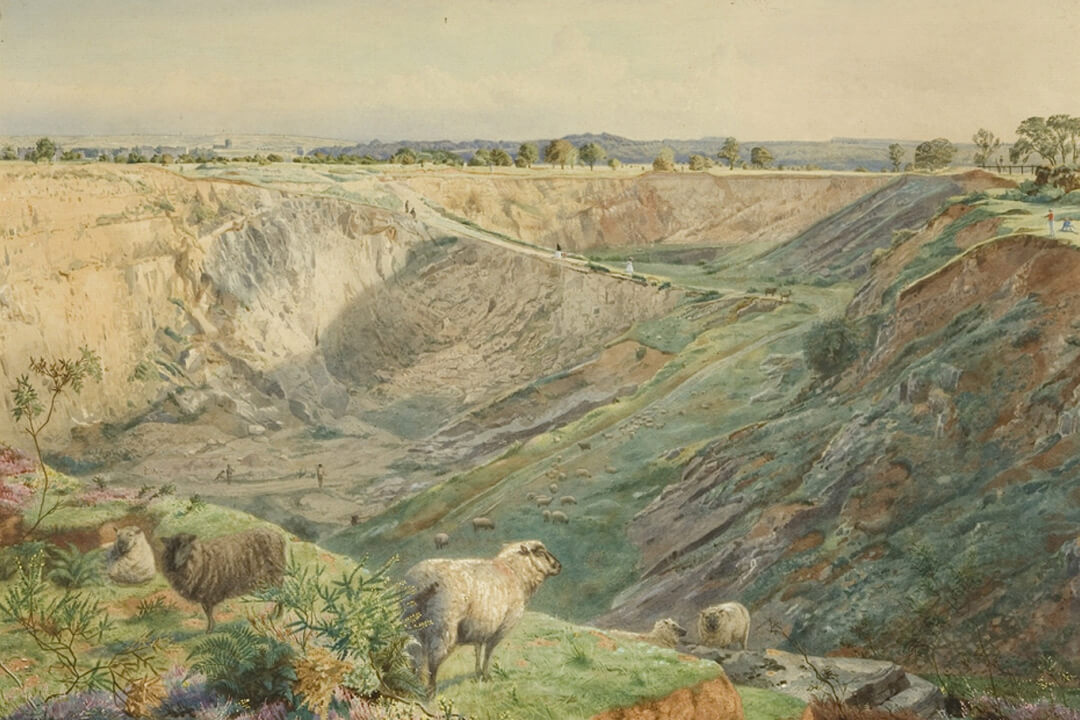 The Gorge also has extensive evidence of quarrying, which took place between the 17th and 19th centuries. A guidebook of 1793 acknowledged the exciting drama of the explosions and crashing rocks associated with the quarrying, but warned that “those sublime wonders of nature, the admiration of past ages, whose fame has excited thousands of strangers to visit the Hotwell and Clifton” were being “wholly demolished”. The last active quarry on the Bristol side was Black Rocks, which closed in 1877.

We are familiar with the now disused quarries on both sides of the Avon Gorge, but many people are largely unaware of the extent of past quarrying on the down land itself. Following the Clifton and Durdham Down Act of 1861, in which the Merchant Venturers and the City Council combined to preserve the Downs in perpetuity as places of recreation, one of the priorities of the new Downs Committee was first the fencing off of deep quarries and then their filling in.

Coincidental improvements to the Floating Harbour and the demolition of Hotwell Point in the 1860s provided the huge quantities of spoil required to fill four substantial quarries and many smaller ones. A special tramway was built up the side of the Gorge in 1867 with a steam winding-engine at the top on the edge of the Downs. The outline of the large quarry near the junction of Ladies Mile and Stoke Road (shown in the painting above), can still traced today for it was to be filled with good Avon mud – rich alluvial soil that produces greener grass than the paler thinner turf that surrounds it.

It was in the Stoke Road quarry in 1842 that a cavern was discovered, perhaps once a hyenas’s den, containing the gnawed bones of ‘a bear, two rhinoceros, several hippopotami…and five or six elephants’. One vast quarry on land immediately adjoining the Downs survives. It is known as the Glen and now contains a large hospital.

The limestone quarries on the Downs and on both sides of the Avon Gorge were mostly worked in the later eighteenth and earlier nineteenth centuries. So extensive was the quarrying in the Gorge that Robert Southey, the Bristol-born poet laureate, wrote cynically in 1807: ‘’The people of Bristol sell everything that can be sold…and here they sell the sublime and beautiful by the boatload’’.

In 1574 the Clifton parish register records the death of two Mendip miners who had been ‘stifled with smoake’ while digging for ‘tynne and lead’. The Dumps, the surviving large trenches running parallel to Upper Belgrave Road were probably the site of this tragedy and remain as a visual reminder of this industry on the Downs, which included the mining of iron, calamine and manganese.

After the Downs Act of 1861, attempts were made to ‘beautify’ the Gorge through the preservation of distant views and the planting of exotic trees, such as Austrian pines (many of these species have been detrimental to the rare plants of the Avon Gorge as they have grown over and shaded them out). The Gorge’s best-known historic feature, the Clifton Suspension Bridge, was finally completed in 1864 and rapidly became a focal point for visitors to the Gorge. The Portway road was constructed in the 1920s.

The first conservation work in the Gorge, and probably one of the first examples in Britain, was the translocation of a population of autumn squill (one of the Gorge’s rare plants) which was threatened by the construction of the Clifton Suspension Bridge.

The first habitat management works were carried out in the late 1970s, when pines and holm oaks were removed. A community programme team carried out some scrub clearance in the 1980s. From 1988, when the scheme ceased, until 1995 very little conservation work was carried out. In 1999 the Avon Gorge and Downs Wildlife Project was set up and now carries out the habitat management works  to protect and enhance the site’s wildlife, heritage and landscape value. 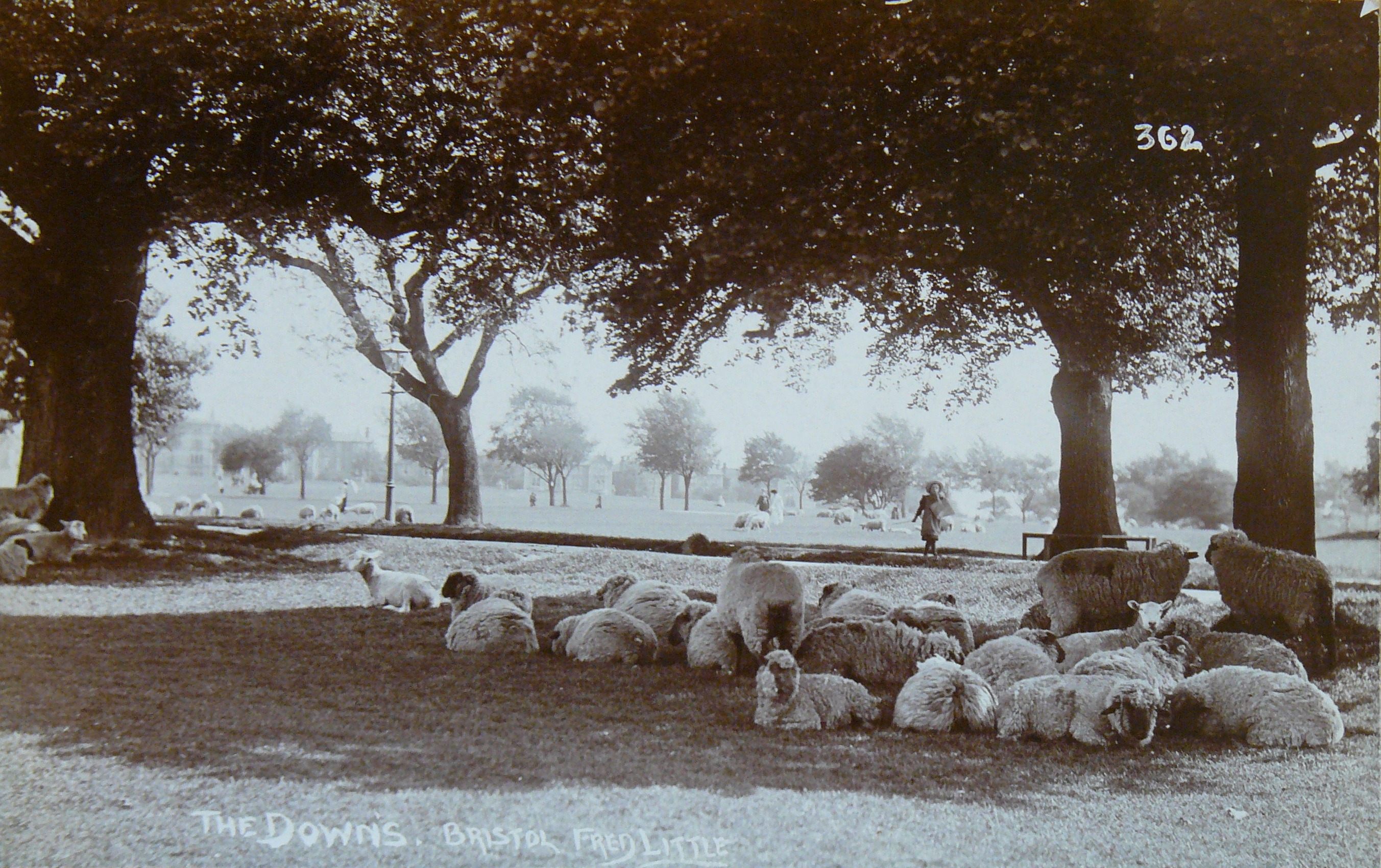 To discover more about the history of the Avon Gorge, Clifton Down and Durdham Down download the history trails below. 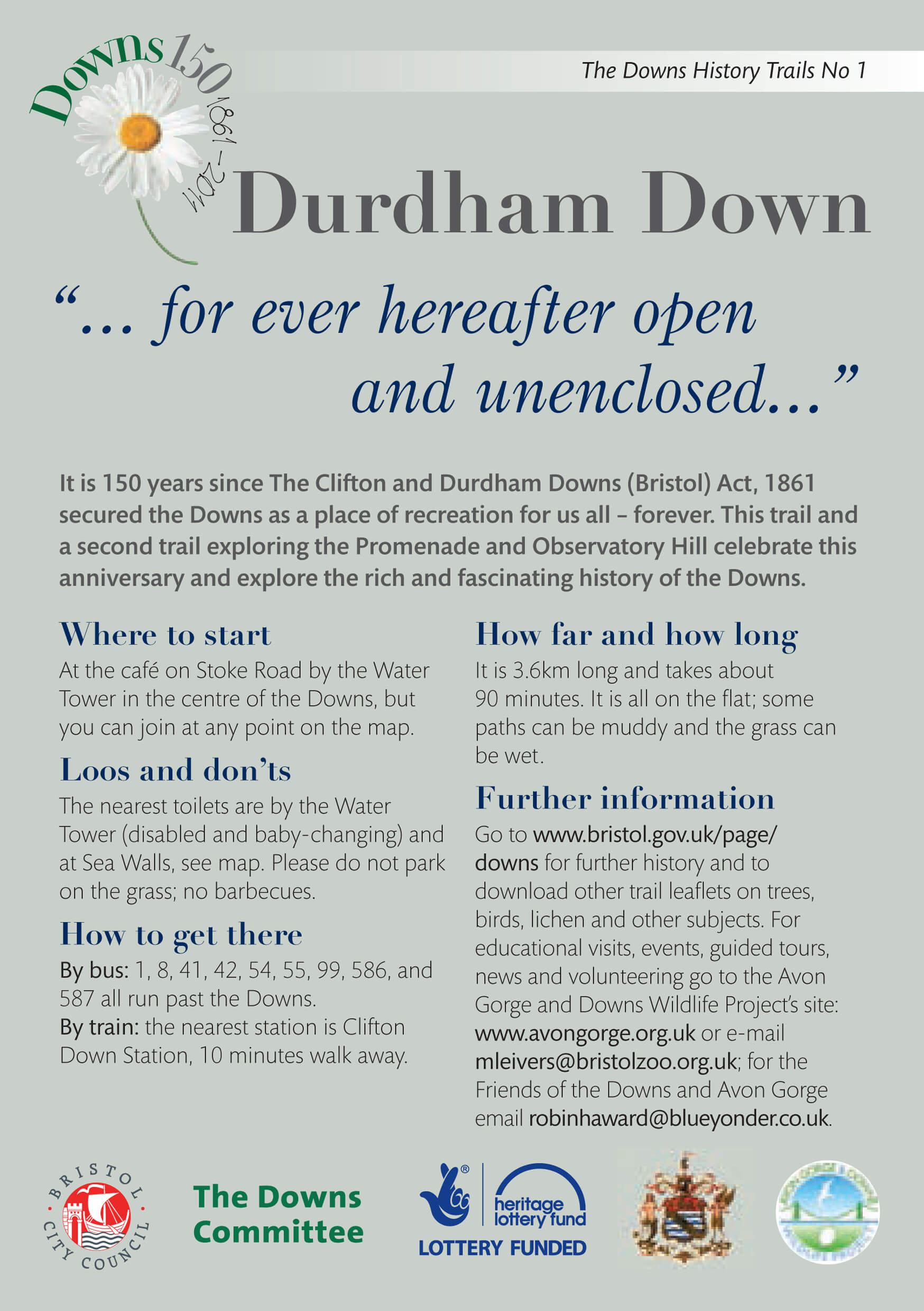 Durdham Down history trail (Trail No.1)

Explore the fascinating history of Durdham Down on this 3.6km trail. 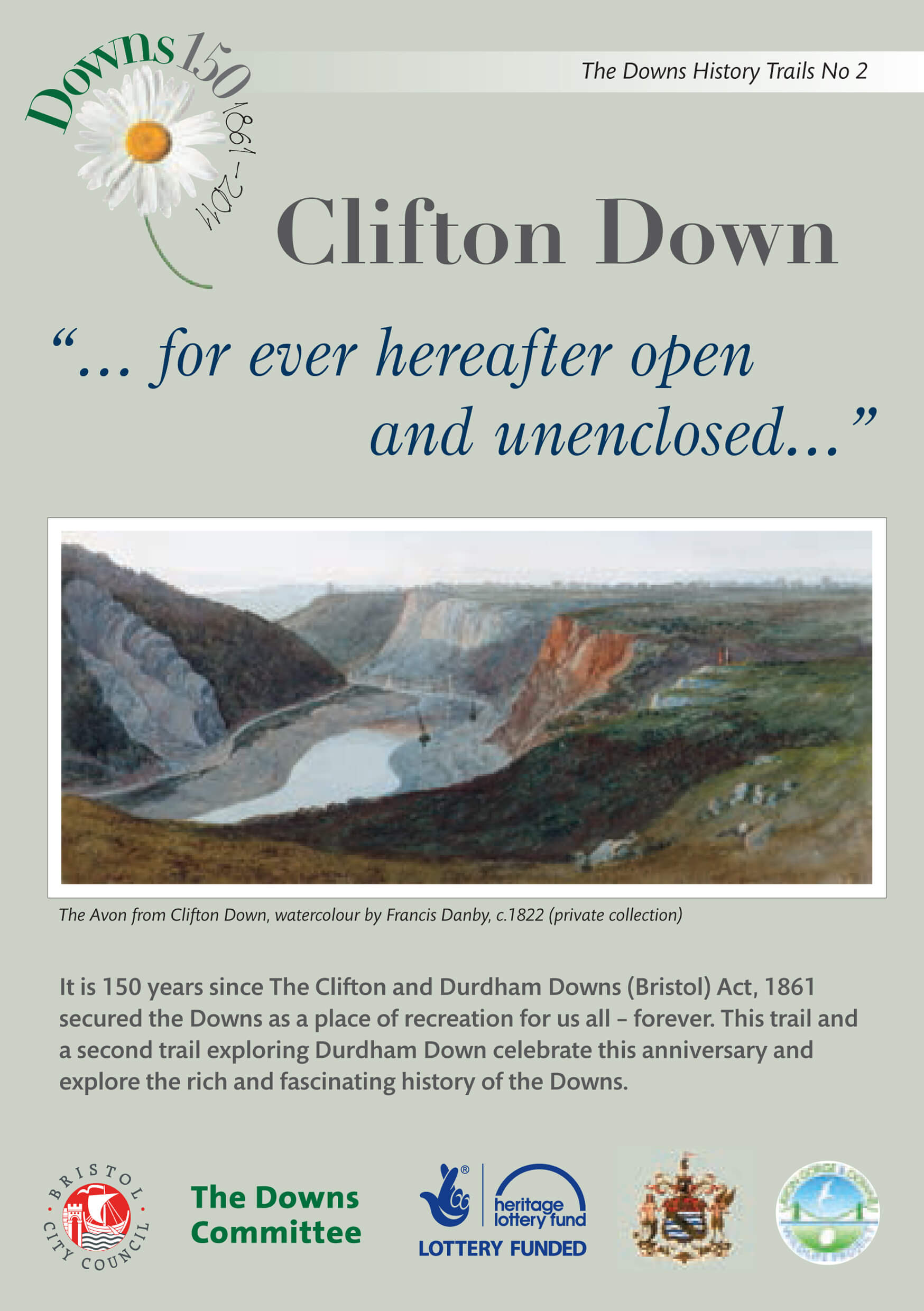 Clifton Down history trail (Trail No.2)

Explore the fascinating history of Clifton Down on this 2.5km trail.

Information about the history of Leigh Woods will be coming soon.