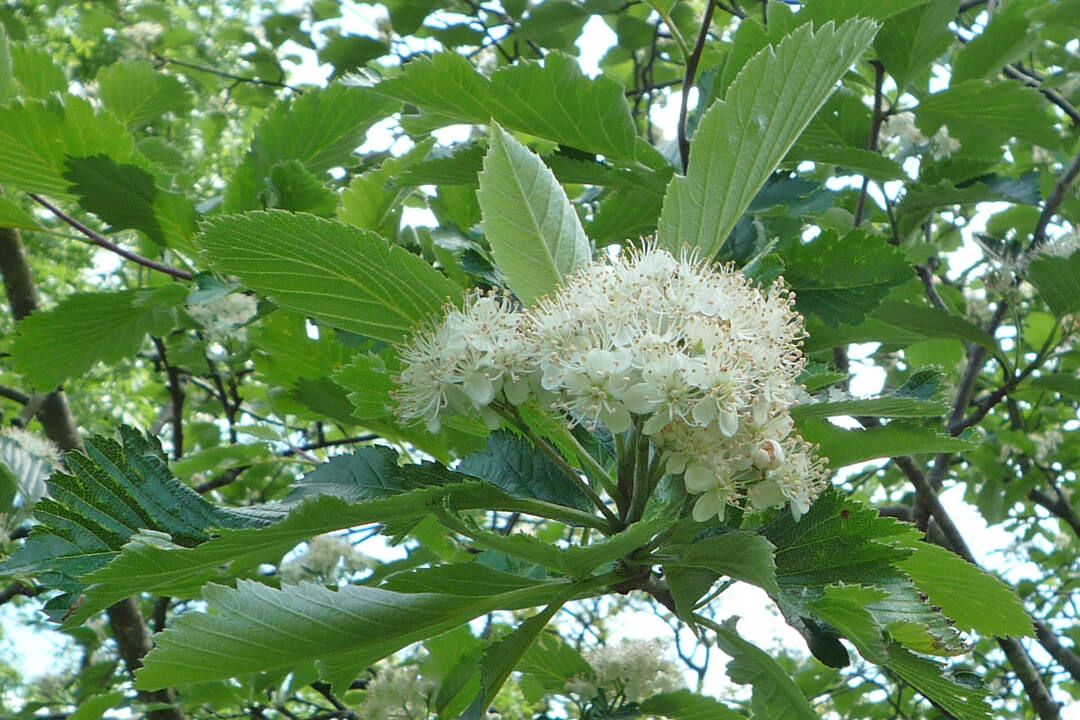 Social history: The earliest specimen of this species was described by W. A. Leighton in 1836.

Taxonomy: Rosaceae (or rose) family. Thought to have originated as a hybrid between Sorbus aucuparia (rowan) and Sorbus porrigentiformis (grey-leaved whitebeam).